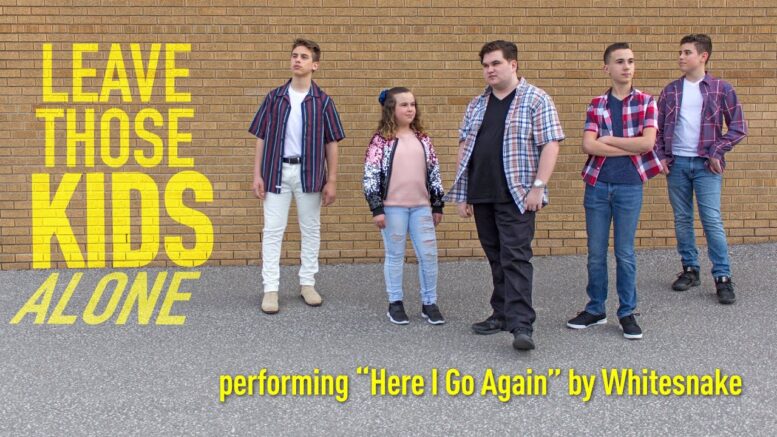 “Here I Go Again” is a song released by the rock band Whitesnake in 1982 on their Saints & Sinners album.  The song was released a second time on their self-titled album in 1987.  “Here I Go Again” was written by David Coverdale and Bernie Marsden.  The 1987 version of the song peaked at number 1 on the Billboard Hot 100.  Enjoy Leave Those Kids Alone performing Whitesnake’s “Here I Go Again”.

Colt Clark and the Quarantine Kids play “She’s So Cold”

Young People Performing Queen’s “Another One Bites the Dust”