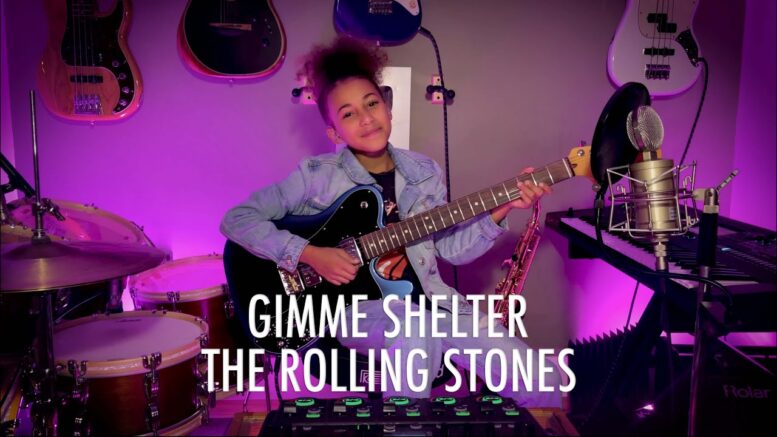 “Gimme Shelter” is a song released by The Rolling Stones in 1969 on their Let it Bleed album. The song was written by Mick Jagger and Keith Richards.

Enjoy Nandi Bushell performing The Rolling Stones “Gimme Shelter”.  Nandi is using a Boss RC 505 to sample each phrase she records.  Nandi was eleven years old when this video was made.  She is currently twelve years old.

Excellent instrumental cover of Metallica’s “Nothing Else Matters”

The Rolling Stones live “(I Can’t Get No) Satisfaction”